I do believe it

I confess to being a grumpy old man. 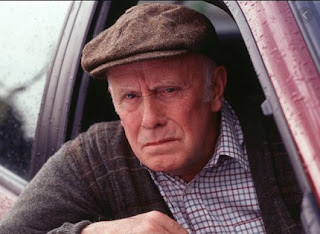 I realise this is a traditional state of being after attaining a certain age, but sound reasons for being grumpy accumulate steadily as the world is being run by dangerous fools; and there is little sign of the foolishness relenting.

Once upon a time that didn't matter too much that the world was a tricky place, as the UK was run by sound chaps and chapesses who knew what to do, and managed our position in the world in the interests of the UK; but that is no longer the case, since recent UK governments have been lured into doing all manner of deals with unforeseen consequences with European states that we previously had the good sense to mostly distrust, and occasionally drop bombs on when things got out of hand.

The notion of globalisation has completely hypnotised politicians but especially businesses seeking  economies of scale and opportunities to manipulate locations and taxes. Whilst this means cheap consumer goods, it also means the inexorable path to the lowest common denominator.
So what we have actually done is sleep walked into global "stealth" hive socialism by another route; but it is a dystopian version where the shots are being called by a High Command comprised of Facebook, Google, Amazon, Twitter, and Apple. All businesses that have been carelessly allowed to balloon and become considerably economically larger than many nation states.

Globalisation combined with the "immigrant crisis" is a massive own goal, resulting from a series of political deceptions in the past 30 years. It all began when the Common Market when what we all expected was cheap French wine and German cars - and what we actually got was all our fish nicked, and cheap workers combined with cheap imports that have effectively emasculated the earning capacity of the wealth producing sectors of the working class - whilst leaving those on the public payroll relatively unscathed. Especially those public service pensioners who took advantage of the Golden Age of public pensions that has only just started to come of the rails in the last decade.

The UK needs badly to recover its sovereignty and dignity - and start over as the keeper of the world's most successful language' (and dare I say "culture"?) for commerce, science and travel. Misguided and half-baked ideas like BLM and XR need to check in with us, and be corrected before they are able spread unhelpful subversion. All media claiming an international reach - other than a newly re-started BBC that is returned to the trusted standards of honesty and accuracy that prevailed before John Birt broke it - can be quietly retired.
Simple. www.commonwealthmarket.uk
Posted by William Poel at 09:15