Lord Sugar and The Donald set about it

Well, the twitter war between Donald Trump and Lord Sugar that kicked off over Trump's intervention in UK wind farm policy (of all things) is still way out of hand at the time of writing.... 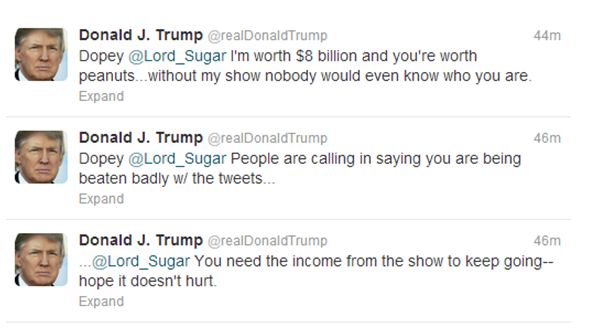 It may be unedifying, but it is hilarious, as "The Donald" remains as impervious as ever to the state of his image as his famous hair "style" suggests. You need a pretty thick hide to be able sport that type of barnet in public.

Many folks still refuse to believe that this spat is for real, but be assured that it is indeed for real, and neither one wants to back down.

Meantime Lord Sugar is giving no quarter and the war of tweets continues... 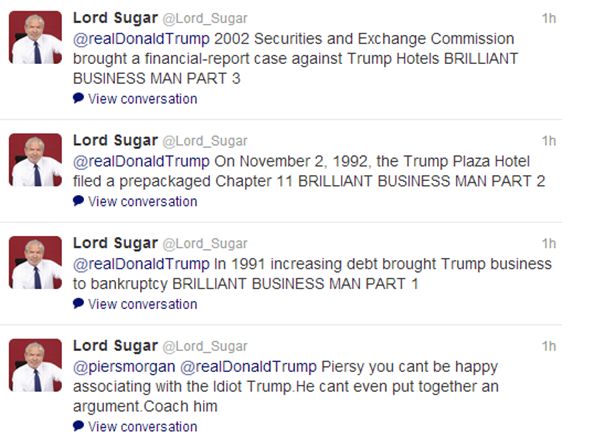 However, Lord S may be overlooking the reality that the US is far more forgiving of business failure than the UK. The fact that Trump had failures some time ago is not the end of his world, or following. The fact that he appears to be dripping in money today is all that matters.

The suggestion of settling this feud like gentlemen using a duel with an Apprentice Challenge, and $1m charity stake, seems like a nice way out.

Posted by William Poel at 10:42 No comments: